Biggest W + L’s for the week 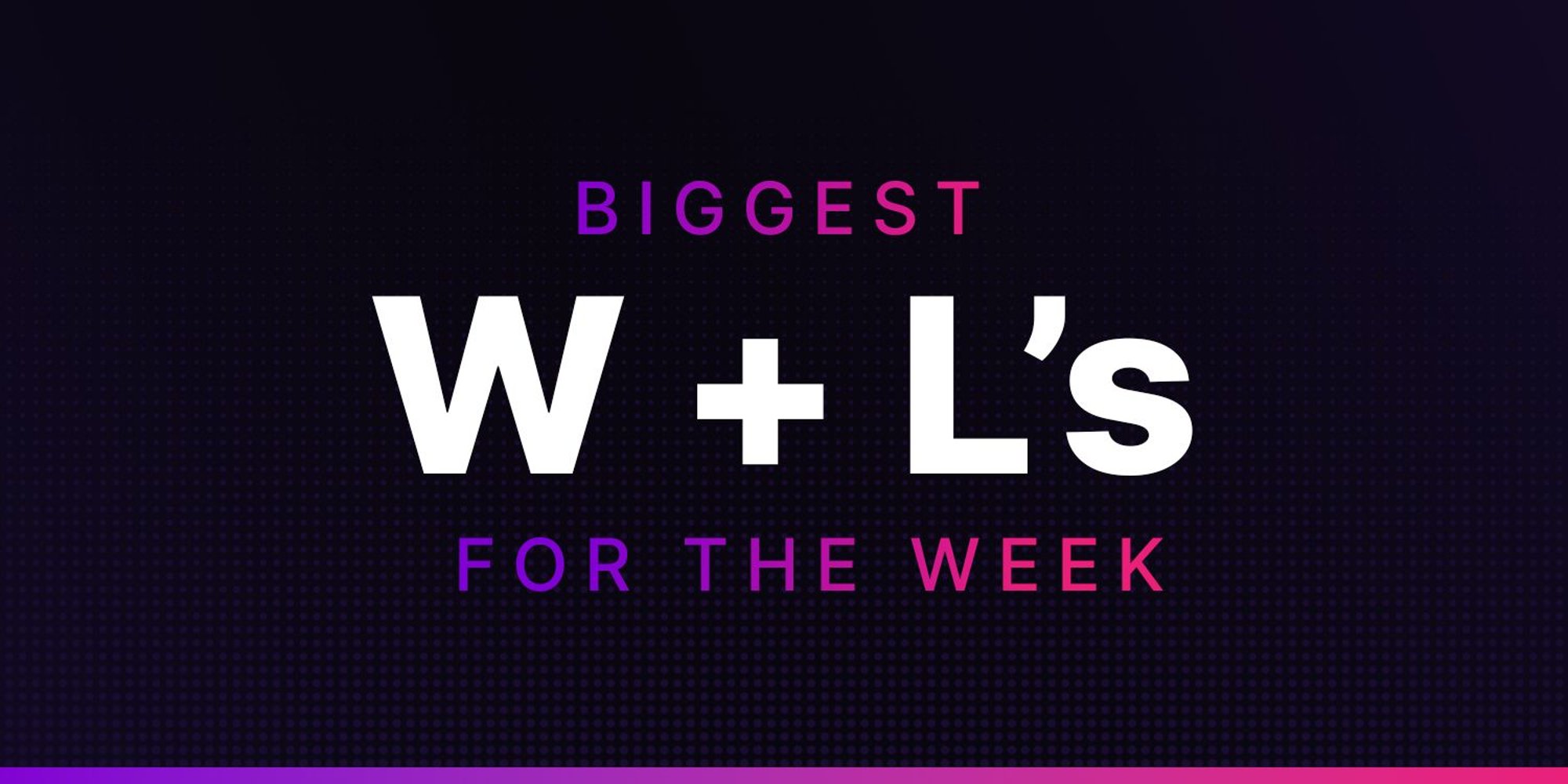 It’s been a tough couple of weeks for everyone. Let’s not dance around reality.

On October 15th, we made the difficult decision to move to optional royalties. Magic Eden’s launch of Metashield, an initiative aimed at defending creator royalties, did not receive the application from project owners we thought it would. Whilst we held out on keeping creator royalties on our marketplace for as long as we possibly could, the market shifted away.

We had to adapt and whilst this was not our preference, it is our hope that this decision is not permanent. Royalties should be enforceable on-chain and we will launch a $1M Creator Hackathon to help develop the necessary tools to ensure this. The details can be found here (attach link).

Without doubt, our decision resulted in heated debate across the ecosystem and furthered uncertainty with regards to NFT trading.

In early September there was a major spike in volume due to y00ts. Total secondary volume pumped from around 50-70K on August 21st. Within two weeks, we saw volume skyrocket to 300K. Whilst this injection of capital buoyed the market for the majority of the month (averaged around 150K), volume did begin to trend downwards.

Three weeks into October and we’ve been tethering around 100K – a benchmark indicator that most use to determine willingness to trade.

Talk about timing. When it rains it pours. The price of Solana had held its head above $30 for the entire September month. However, last week we broke under support which led to another factor negatively impacting volume and causing a pullback on projects. Within the last two days, there's been a slight bounce back above $30 — a key level to watch.

Last week, kicked off with a major downwards swing on both DeGods and y00ts. Looking back, perhaps this was an ominous warning. Despite carrying the torch for most of the year, DeGods scaled back after news one of their main artists had departed the project. This announcement rattled the market and led to a drop towards 250 for DeGods. y00ts found itself in the same predicament, unable to hold key levels of 115+ SOL.

When the top two market cap projects dip, the rest of the market follows. It’s always been a reflection on the state of the market and a natural by-product of Solana NFT volume trending down. Traders and holders commonly look to salvage the value that remains whilst fear trickles down the NFT ecosystem.

The dips across our NFT scene was not a reflection on the quality of projects.

Across the entire ecosystem, there was plenty of collateral blood spilt.

Despite a big ‘The Hallowed’ announcement for Liberty Square, the collection pulled back around 40% and is back under 10 SOL. During the week, the team stood strong in the face of critics and defended their project by announcing that all NFTs purchased in their collection without receiving paid creator royalties would be voided from staking benefits.

ABC ended up relatively even for floor price across 7 days, ending where they started at around 24 SOL. However, the following high market-cap projects all managed to shave off at least 20%.

Okay Bears fell 25% from 52 SOL and are still searching for stability and support at current levels. Recent news included a third and final bear drop campaign announced on Sunday.

Blocksmith Labs found new local lows dropping 25% from 100 to 75, across 8.9K volume for the week. Since then, buyers have flooded back in to push prices back to 92.50.

Recent hot mint, Critters Cult was another who experienced major pullbacks on floor price and volume. After initially catapulting into the scene and reaching heights of 29 SOL, this art-based sci-fi visual dropped 35% from 16.9 to 9. Volume was considerably lower, covering only 5.3K compared to the mammoth weeks prior.

SoDead lost over 75% of both its floor price and volume. The question is when support will come for a collection that peaked at 40 just over 2 weeks ago.

Over the last 10 days, the reality of our ecosystem was that all projects over 5 SOL were unable to sustain floor price. Whilst we’ve seen some positive signs over the beginning of this week, we’re still sitting under our previous support levels.

Sorcies was one of the few mints last week that gained a little traction. The collection of 7,777 ‘wizards’ is focused on building through a combination of fashion, storytelling, branding and game theory. Sorcies ranged between 1.3 and 3.68 in just 4 days of secondary trading and came 3rd for total volume with 45.6K over the last 10 days.

In arguably the biggest news of last week, the United States Securities and Exchange Commission (SEC) announced an investigation into Yuga Labs. Whilst the probe into Bored Ape Yacht Club may elicit a large ripple effect on the wider NFT community, there is hope that their collaboration with investigators will foster a safer environment for all of us to trade. If anything, Yuga Labs’ desire to ‘fully cooperate with any enquiries’ is a positive indication.

Toys “R” Us revealed it would launch its official NFT collection on Solana. Creative agency and NFT collection, ANYBODIES stated they would be assisting them! Pretty bullish news for a project that has already brought you Tay Keith and other notable partnerships with Nike and DeGods.

So where does that leave us?

A combination of factors has impacted the Solana NFT market. It seems that risk is off for the moment and many traders are happy to sit on their hands until sentiment changes. For the newcomers in the space, we’d recommend the same. Not trading during times of extreme volatility is a trading position. It’s a fantastic opportunity to watch and learn how the market behaves when outlook shifts. All eyes turn to top market cap projects as the leading indicator on sentiment. Overall, the market is seeking a catalyst that would lead to a change in direction. Usually, this comes with a major innovation in the space or an influx of volume across at least one major collection.