Niko of Blockstars shares how web3 differs from previous technological evolutions and on web3 gaming leading to NFT mass adoption. 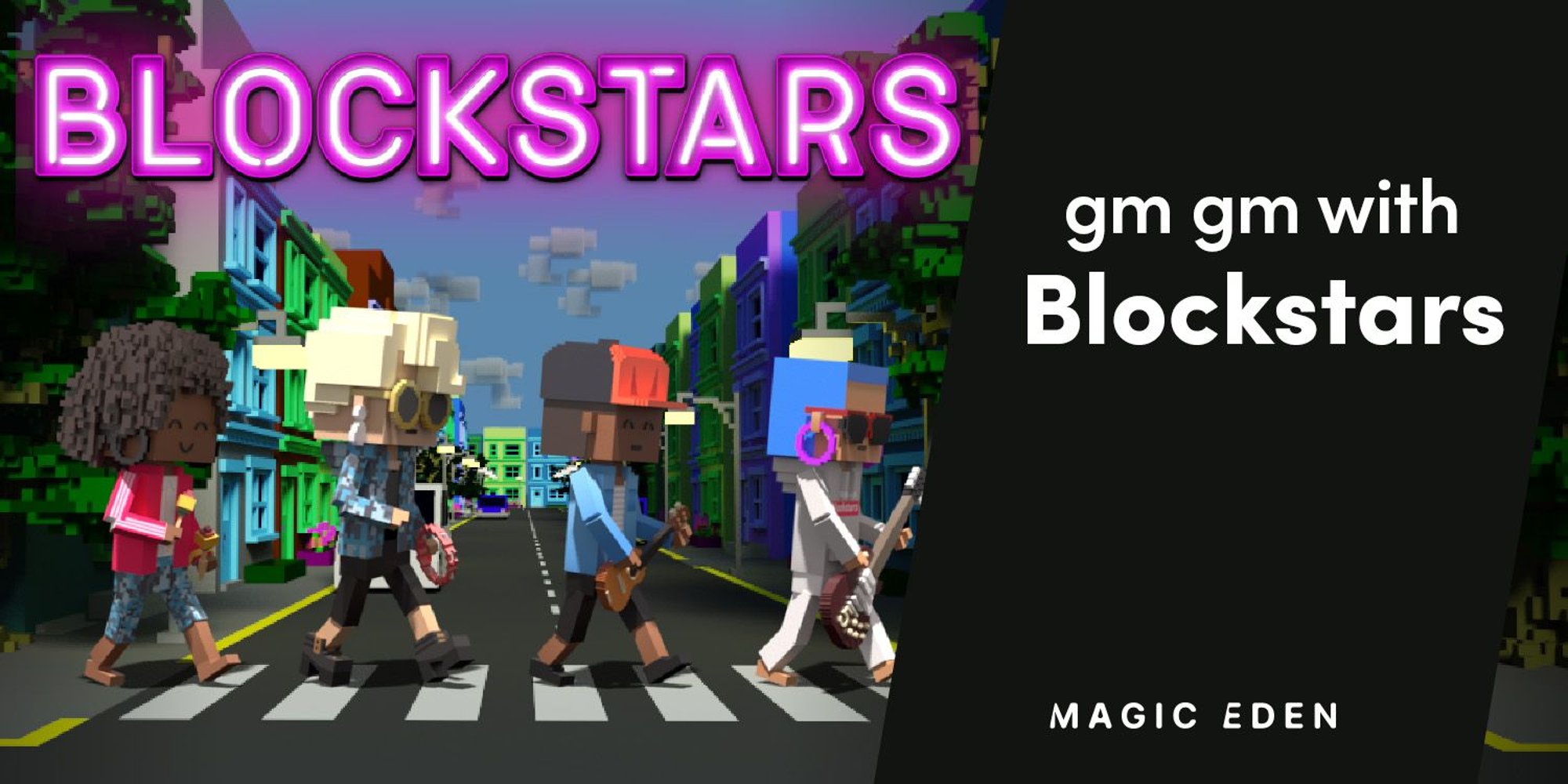 The core team, Niko, Cory and Sherrie are gaming veterans with decades of experience. Fascinated by how consumers engage with new and innovative technologies and platforms, they’ve built at every juncture of the technological platform evolution. The core team first met in 2009, in the early days of Zynga, a game development company. Together, they built Mafia Wars on MySpace and Farmville on Facebook when they opened up their APIs to developers. After Zynga, they were part of another transformative technology: mobile gaming. When the mobile app stores launched, they were ready for F2P mobile gaming and launched Rocket Games, which they sold in 2016. In 2018, they developed games for interactive voice interfaces, utilizing the latest in speech recognition technology with Drive.fm. They’ve also faced bearish times — the last crypto winter, the Great Recession and the dotcom bust — and emerged stronger because of it.

Having been part of the various evolutions of the internet, from Web2 (social media) to Web2.5 (mobile), web3 presents a special and unique opportunity. “Blockchain technologies are at the cusp of going mainstream, and we believe that gaming is going to be a major driving force.”

The social aspect of games is critical to mass adoption of new technologies. It attracts a strong community, and strong communities formed around NFT collections are strengthened because of the very social aspects of gameplay. And, Blockstars is designed to be inherently social.

Want a rare Blockstar? Trade with another player. Want to sign new bands to your record label? Convince and recruit new players’ bands. “We believe that this can form the foundation of an incredibly strong digital global community, not easily replicable in real life.” In order to bring this to life, they needed something that could transcend cultural boundaries which is distinct to each of us: music. Although it may come in different languages and forms, the rhythmic melodies of music are easily understood. In the game, players will find talented Blockstars to combine them into bands depending on their different skills, leveling up their skills along the way, and creating music to compete in the charts. “Combine music with a really social game design, and you create the connective tissue that allows digital friendships to form, and strong bonds to be created between players with a shared love of music all over the world”

Niko of Blockstars shares how web3 differs from the various technological evolutions and how web3 gaming can lead to NFT mass adoption:

ME: You’ve said that “new technology platforms always unlock a wave of gaming innovation” which leads to driving mass adoption of the platform itself. How do you think web3 differs from the technological evolutions before it?

B: What’s unique in web3 and the reason why we choose the management simulation genre specifically is that web3 games can have truly open and interoperable game economies with real onramps and offramps (as opposed to web2, where each game's economy is a “walled garden”. It’s closed off). Open, tokenized economies combined with true digital ownership of assets (NFTs) create the conditions that allow game developers to make some really interesting and unique game design choices that simply aren't possible in web2 games. Just like with prior technology cycles (mobile/social/PC/console/etc), we don't believe that blockchain gaming will replace any other platforms, but will instead be additive to what already exists, and will offer gamers new and unique ways to play, moving gaming as an industry forward.

ME: In your opinion, how will mass adoption of NFTs be achieved?

B: We see mass adoption as not just possible, but inevitable!

We're still very, very early, but there are a lot of signs that point to the fact that blockchain technology is about to transition from the Innovator/Early Adopter phase to the Early Majority phase in terms of consumer adoption*. We still need to cross The Chasm* of this technology cycle to really accelerate adoption, and we are very close to doing so. This'll happen when the underlying blockchain technology becomes "invisible" to the end user. In other words, it "just works" without having to download a wallet, convert fiat into SOL on a CEX, transfer it to a wallet, go to a 3rd-party marketplace to buy NFTs, convert in-game currency from SOL on a DEX and only then be able to even start playing a game. That's a lot of friction, and it is this friction that needs to be removed, one hurdle at a time, for mass market adoption to kick into gear. This is happening rapidly. There are simply too many brilliant founders, builders & operators working in our ecosystem for this to not happen.

(*editor’s note: Everett Rogers ‘diffusion of innovations’ theory explains “how, why and at what rate new ideas and technologies spread”. A key factor that influences the spread of a new idea are the adopters. He identifies five categories of adopters: Innovators, Early Adopters, Early Majority, Late Majority, and Haggards. In ‘Crossing the Chasm’ by Geoffrey Moore, he examines what it takes to bridge The Chasm from Early Adopters to Early Majority.)

ME: What’s most important to the success of blockchain games and great game design?

B: At their core, games need to be fun!

Games are played for entertainment. And that is no difference between web2 and web3. We don't see ourselves as Play-TO-Earn or even Play-AND-Earn. We believe in playing for the sake of having a good time!

The need for great game design, engaging core loops and an aspiration to make continual progress over weeks, months and years is going to be no different between a great web2 game and a great web3 game. So our experience making games across many technology platforms is going to be the key to ensuring that we get the game design basics right. We believe that you can't simply take an existing game and top-down insert NFTs and a token to make it "better." We believe that you need to build the game from the ground-up to incorporate what makes blockchain uniquely interesting for gameplay and the in-game economy in a seamless, native manner.

Great game design is always about ‘remixing’ different elements from existing games, familiar to gamers, into something new, fresh & unique.” My personal favorite game of all-time is Football Manager. I started playing in 1992, when the game was first released, and continue to log hundreds of hours every single year. That's 30 years of engagement with no end in sight, which is something we aspire to with Blockstars as well! Blockstars has been inspired by a lot of the ‘under the hood’ economy design of a rich, deep & complex management sim like Football Manager, combined with the accessibility and interactivity of the 3D world in a more casual life sim like The Sims. But there are naturally many other pieces from many other games in many other genres that inspire individual features of Blockstars.