Spatial is an immersive art gallery and event space that puts creators at the heart of their metaverse. Co-founders Jinha and Anand talk about their journey and their plans of expanding their instantly accessible metaverse to best serve creators and collectors. 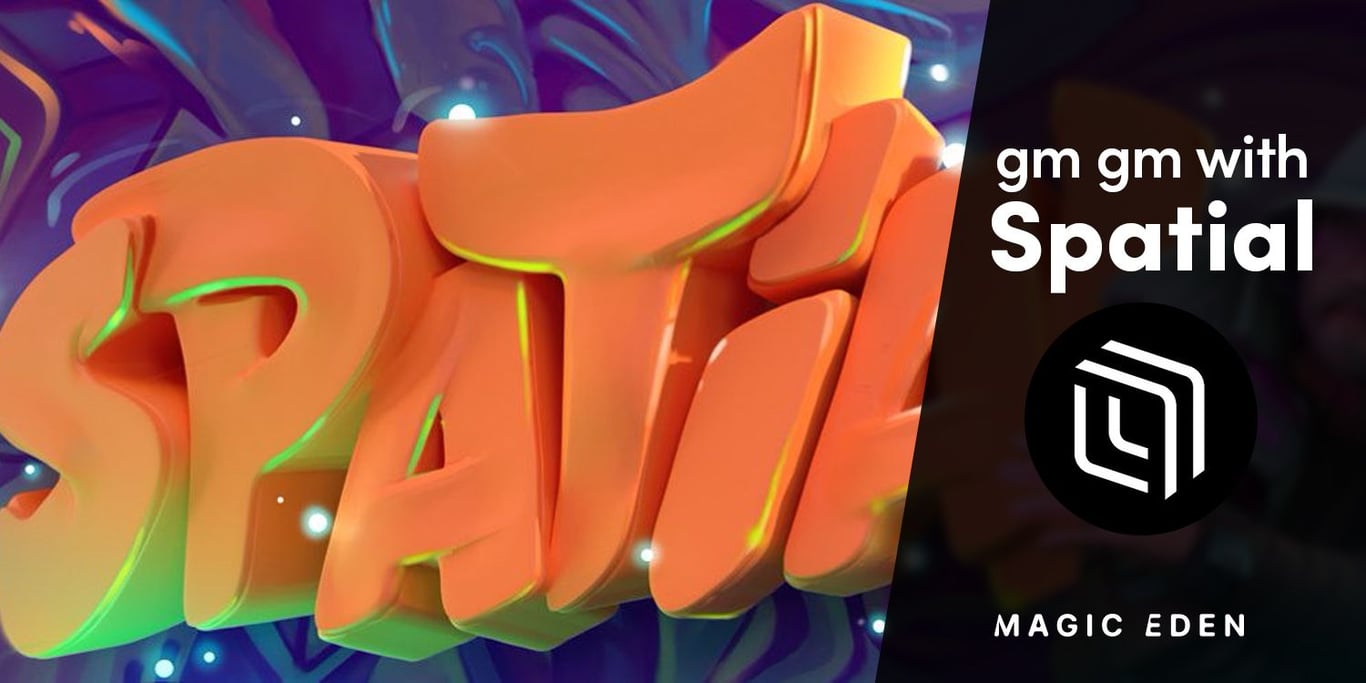 Early on, Spatial co-founders Jinha and Anand often wondered about virtual spaces and 3D interfaces. Why were current user interfaces so limited? How can they be improved?

Jinha’s was fascinated by how the design of a space can influence people’s behavior and the way they feel. He worked at MIT, Microsoft and Samsung, where Jinha built 3D user interfaces, which included a gesture-controlled 3D computer, before he co-founded Spatial with Anand.

Anand, on the other hand, grew up in an era when computer graphics in movies and 3D video games went mainstream. These mediums were so much cooler to him than the standard PC desktop interface. He went on to build BumpTop — a 3D multi-touch desktop interface, complete with a physics engine, inspired by his IRL desk. BumpTop was acquired by Google where Anand worked until inevitably teaming up with Jinha.

Together, Jinha and Anand co-founded Spatial in 2016. Spatial began its journey as an augmented reality web2 company for virtual workspaces. Shortly after, they realized the benefits of moving to web3. Not only did web3 let creators track ownership of their art but they could also verify its authenticity for collectors and remove middlemen. During their journey, they took note of what made certain metaverses successful, and learned that adoption of 3D interfaces required a more gradual shift that minimized entry barriers.

Spatial defines the metaverse as a more “immersive, gamified, and decentralized internet”. In building Spatial’s metaverse, the team focused on making it customizable, easily accessible, and packed with utility. With their upcoming alpha.spatial tool, they aim to simplify the creation process with features like “instant art-galleries” while also supporting creators with strong content discovery. This offering has attracted interest from major publications as well as high-caliber artists like Cyril Lancelin and Benny Or. This led to building the Meeting Place — a mammoth virtual structure for creators to host events and find their new home in web3.

Jinha and Anand talk about their journey with Spatial and their plans of expanding their instantly accessible metaverse to best serve creators and collectors.

ME: Initially, Spatial set out to transform the “future of work” through AR. By the end of 2021, Spatial changed its direction toward the metaverse. Can you shed light on what happened?

S: The story of how the metaverse evolved is funny enough and is also Spatial’s story. We started out as a web2 AR company and focused on changing how people work. Spatial was initially an enterprise collaboration company. We worked with some of the biggest companies in the world. And we were initially focused on augmented reality headsets like the Microsoft Hololens. With Covid, that completely changed.

Firstly, we began to see real adoption of VR headsets, primarily the Meta Quest, which sold an estimated 15M units. Secondly, we saw that users were interested in experiences that eased their isolation on devices they already had, like desktop and mobile. So we released desktop and mobile versions of Spatial. This is an important and counterintuitive point.

When people hear “metaverse”, they often think of VR and AR. But in the near term, it’s much more about web and mobile, which offer 100x the distribution and are way easier for most people to use. Thirdly, we saw a deep interest emerge in decentralized business models, predicated on NFTs. Creators were tired of middle-people getting in the way of them and their community. So, we added support for Ethereum, Polygon, and yes… Solana, which is already available in the alpha experience and dropping on Spatial.io very, very soon.

ME: What types of metaverses are proving to be successful?

S: We think the best metaverses emphasize accessibility, utility, and personalization. Putting this framework aside, one type of metaverse platform that has certainly received lots of attention is the land based model. Our view is that land, in its current form, gets in the way of utility. It creates an entry barrier for creators who want to build amazing experiences in your metaverse.

Even worse, financial speculation can lead consumers to buy land without building on it, creating a ghost town effect. Metaverse experiences that have gone the opposite route — purely supporting creators by providing useful tools, amplifying discovery of their creations, and growing a meaningful community— are thriving right now. You can see it in the user numbers. The active users on land based platforms have been declining, while the active users on platforms like Spatial have been growing.

ME: What is Spatial doing to further support artists?

S: Artists are enamored with the metaverse but there’s still more ways to support them. Firstly, we’re trying to simplify creation for those without deep 3D skills. That’s part of the motivation behind the alpha.spatial web experience. We want people to be able to instantly share their NFTs even if they don’t have the time/skills to customize a more personalized space.

Secondly, metaverse experiences are competing for attention against everything else on the internet, so we’re working hard on aiding discovery of content with small improvements like better content curation for audiences based on their interest. The tech we’ve built behind alpha.spatial will also be helpful when we merge it into the rest of spatial.io, as it means audiences will be able to preview experiences instantly, even when they haven’t fully loaded yet.

Thirdly, there are so many deeply skilled 3D creators out there looking for the platform’s limits to be removed. That means more users and more interactivity. We’ve just increased Spatial’s simultaneous user/experience limit to 500 and are working on enabling creators to build gamelike interactions as well. More on that in a few months…