Is your vision of the metaverse à la Ready Player One? In-browser NFT integration? A mobile game tied to real-life movements? Or, is it all of the above…
December 7, 2021

Is your vision of the metaverse à la Ready Player One? In-browser NFT integration? A mobile game tied to real-life movements?

Or, is it all of the above and more? The metaverse isn’t singular. It’s metaverse(s).

To some extent, we’re already living in the metaverse. According to Grayscale Research, one-third of our lives are spent watching TV, playing games and on social media. If you lived to the age of 75, you would have spent 25 years with a screen.

The concept of the metaverse comes from science fiction, tracing back to Neil Stephenson’s 1992 novel, ‘Snow Crash’. But, what was science fiction — virtual worlds amalgamating into the physical — is now a reality. Take Genopets, an MMORPG game built on Solana. What makes it unique is that your digital familiar grows and performs as you stay active. Real-life movements, tracked by fitness metrics, are converted to virtual XP which are used for upgrades. NFTs can literally be tied to your actions and behaviours.

The concept of the metaverse blew up in 2020. As stay-at-home restrictions and masks became central parts of our lives, going out became less of it. More so for luxuries like concerts. So, musicians took to immersive digital spaces: In April 2020, Travis Scott’s five Astronomical concerts garnered a total of 45 million views. In July, Tomorrowland brought in over €20 Million in revenue. In November, Lil Nas X’s four shows on Roblox were viewed over 33 million times. More recently, someone paid ~$450,000 to be Snoop’s neighbour on Sandbox.

But, what’s an average day in the metaverse like? Places like Decentraland are… empty. Portals, a metaverse project on Solana, is trying to change that. They’re building for density.

With a Portals access card, holders are granted ownership to a unit in Building One and they can use the space however they see fit. Users can host town halls over voice chat, curate NFT exhibits, and even set up a base for their DAO! There’s also NFT integration. Your avatar is your NFT. Across all marketplaces, the sale of Portals NFTs has raked in ​​42,934 SOL or over $8 Million.

Shopping for @_portals_ metaverse homes from inside the metaverse while chillin on the @DeFi_Land farm just hits different...and yes, i bought.

🌐 Obviously, the Metaverse is global. Our Magic Eden community comes from countries including:

Created by Eko33, Epoch is an animated generative artwork collection inspired by the concept of time and Solana’s validator schedule. “In Solana, time is segmented into “Epochs” where validators come together to organize and validate the transactions flowing through the Solana blockchain. All validators join like pieces of a puzzle and are synchronized in Epochs of time.

Check out a video we created during Art Basel to introduce Epoch!

Mint site: magiceden.io/launchpad (site will go live prior to launch)

Please note there will be 347 Epochs reserved for whitelist (reserved for Wave Runners + 20 original Wave whitelist members) and 653 Epochs for the public drop.

We had our first supper club with NFT collections and Web3 friends. Love our internet friends but it is nice putting a face to an NFT PFP.

We also hosted a Web3 Gaming panel talk with our friends from Faraway at Astra Miami. Over 150 people showed and we went over an hour after our scheduled time. Yes, we met SOL Big Brain and it was awesome.

Check it out from a drone-eyed view!

Mini Royale: Nations Season 1 “Vikings of the MiniVerse” is out.

If you missed it, Mini Nations’ second drop is on Dec 9 with 7,000 NFTs available! An additional 500 NFTs are being used for community airdrops for the players that played well in the Mini Nations Open Beta. Or, you could grab an in-game playable NFT on Magic Eden. We’re especially proud that our engineering team found a way to eliminate bots during the minting process on Launchpad—more below:

Magic Eden Magicians is our ambassador program. Are you plugged into the Solana community and care about the future of NFT marketplaces? Apply to become a Magician!

“Even when the initial launch had hiccups, it led to the creation of the Exiled Apes. The team found a way to bounce back the next day, even when they told the community that the mint wouldn't happen until that weekend was over.

They rushed to mint on Saturday. The devs behind the mint had been working tirelessly and wanted to ensure there was a smooth launch. This marked the beginning of my involvement and commitment to grow and provide value within the SOL NFT Ecosystem.”

“It took place sometime in late July/Early August. I minted due to the historical NFT wave that was hitting ETH at the time. It appeared that Kreechures had the earliest dated Solana mint contract at the time. The mint was smooth as the project wasn’t getting a ton of hype around it.

A few weeks later, DAA and Aurory mints came out and minting quickly became who had the fastest fingers and most tabs open. Instant 20x on a day of mints was the norm in the early project days.”

We have recently migrated all of our content to our blog. Have you read these two articles we published recently? Check them out! 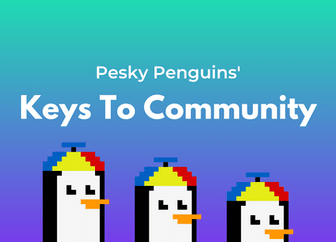 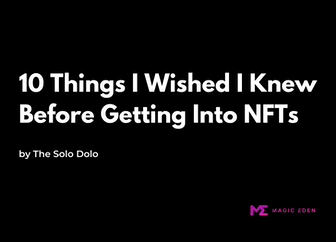 10 Things I Wished I Knew Before Getting Into NFTs
Essential tips for newcomers to NFTs and the Solana ecosystem
November 26, 2021