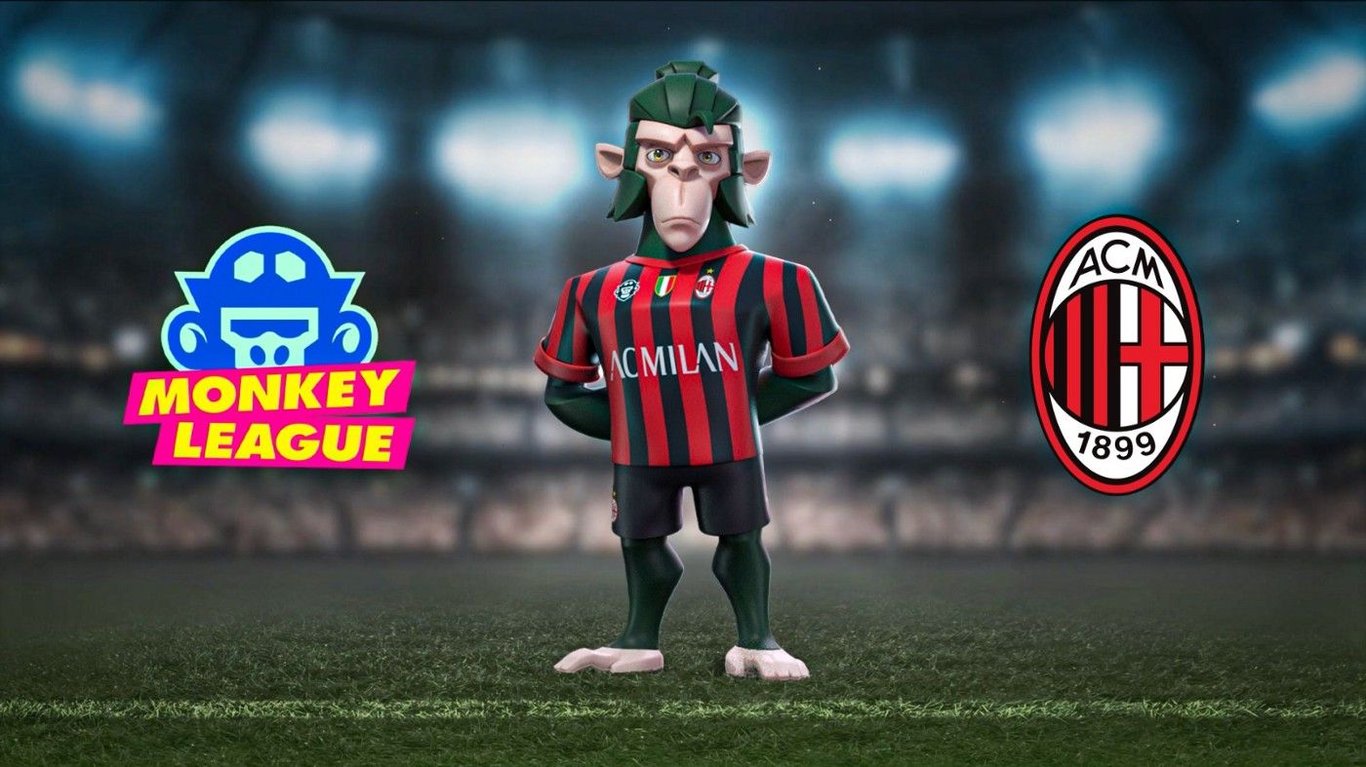 MonkeyLeague’s focus on football stems from the team’s love for the beautiful game. They saw a huge gap in the web3 gaming market for quality sports games and combining this with the popularity of football, it was a perfect game-market fit with high adoption potential.

“We’ve always had a clear mission and plan to build fun, high-quality web3 sports games that are adopted by the masses.

In discussion with several football clubs, MonkeyLeague found a great alignment with reigning champions AC Milan. AC Milan, a.k.a Rossoneri, is one of the most celebrated football clubs in the world.

With nineteen league titles, five Coppa Italia wins, and seven Supercoppa Italiana wins under their belt, AC Milan is a tour de force in international football. “They are a championship club with an epic history of excellence and we are proud to be selected by them out of the many proposals they received.”

By partnering with the best of the best in football, MonkeyLeague is bridging the gap between web2 and web3 by ushering in diehard sports fans to its gaming ecosystem.

AC Milan’s foray into blockchain technology aligns with their desire to provide more access and ownership to their beloved fans. The partnership between MonkeyLeague and AC Milan signifies a bilateral commitment to

There’s more to the partnership:

The collaboration between MonkeyLeague and Rossoneri will also spill over to the highly anticipated launch of Breeding on October 26th.

Breeding will influence both the game economy and the MonkeyLeague population. A capsule will be required for a shot at Breeding a stronger Monkey NFT.

In November, MonkeyLeague will have their first pre-alpha playable version with a super closed mini alpha towards the end of the month.
Their closed beta will come in December followed by the game’s soft launch in various countries in January 2023.

We are incredibly proud of MonkeyLeague, one of the many games partnered with Eden Games. Launching around October 2021, MonkeyLeague is an OG in the Solana and web3 gaming space.

We’ve worked closely with MonkeyLeague to improve their NFT experience and excitedly anticipate their continued growth of bridging the gap between web2 and web3.

Get ready to play MonkeyLeague by buying a Monkey NFT of your own on Magic Eden.