Key takeaways from Korea Blockchain Week with the brightest and boldest minds across crypto, culture and tech. 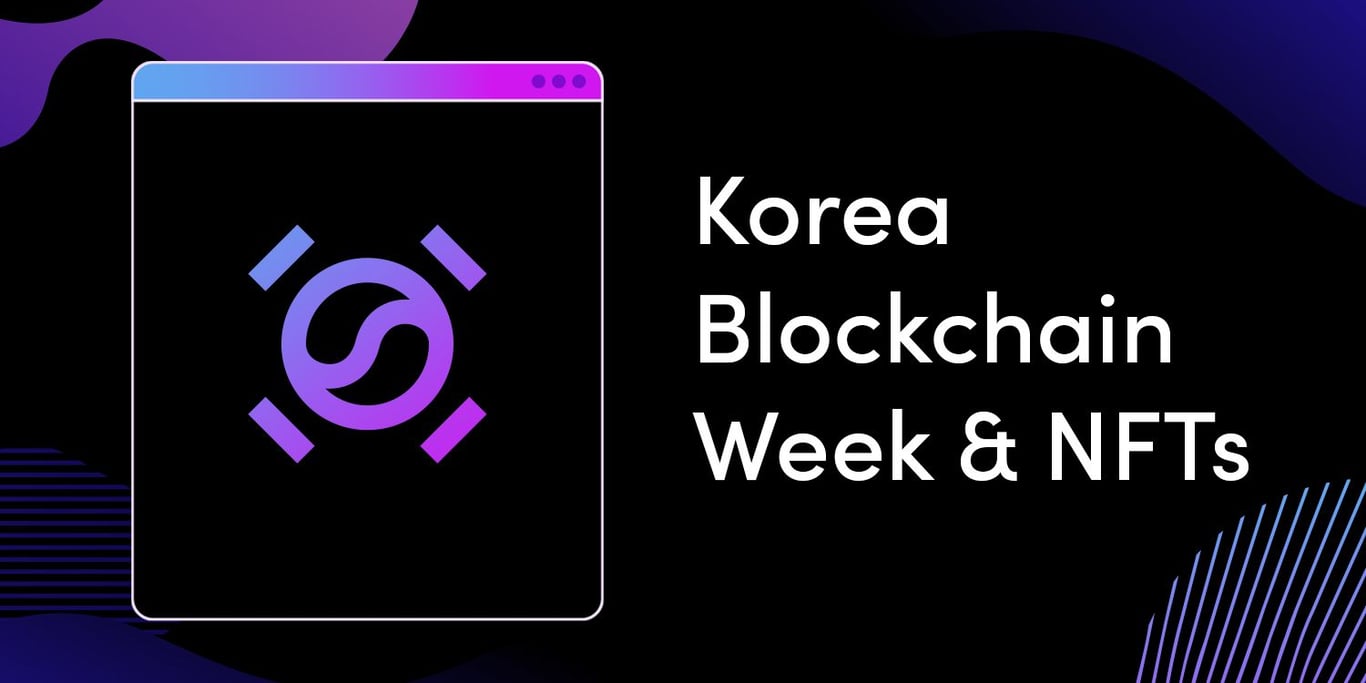 Some of the brightest and boldest minds across the blockchain gathered together for Korea Blockchain Week (KBW) in the land of K-pop, K-dramas, and K-bbq (Seoul). Amidst the cultural and tech icons that have become economic powerhouses, this rich culture is growing in and expanding to crypto circles. It’s one to watch, and our team is grateful for the inspiring conversations that we’ve had. Over the course of a week, our team had 50+ meetings with people from all walks of life and fields of work. Returning starry-eyed, here are some key takeaways:

Despite Terra-Luna, Optimism and Exploration are Growing

In May, the crypto market experienced the devastating Terra-Luna crash, which surprised everyone. At the height of its success, the Terra ecosystem amounted to almost $100 Billion. Within 72 hours, nearly $45 Billion was gone. The founders of the cryptocurrency are South Korean, and many of their greatest supporters are Korean. Bobby Hundreds (who spoke at KBW) noted that “280,000 South Koreans had trusted in Terra-Luna. For many of them, they’d put everything on the line (one even reported $3.6 Billion in losses).” In July, South Korean prosecutors issued founder Do Kwon with a 'notification upon arrival' as investors had sued Do Kwon and Shin Hyun-seung (Daniel Shin) for fraud.

The Terra-Luna hole left a great distrust in cryptocurrencies. But, conversations at KBW showed a renewed eagerness for web3.

Web2 companies are ready for Web3

There's optimism and readiness to build in web3. But, there remains a gap in understanding from a tech perspective. Following the downfall of Terra-Luna, web2 companies are on the defensive. People are skeptical and sensitive around chains. Why use a DApp at all when I can build my own stack? Why stake our future on a chain that is one-twentieth of our size? This sentiment floated around the largest tech conglomerates in the world. They’re not lacking in talent or resources. Besides ensuring safety, there’s freedom to control the user journey and flow with their own DEXs, marketplaces, token ecosystems, wallets, etc. Specialization and isolating core competency areas, which propel expedited growth for complementary solutions were not emphasized. This sets up the case for open ecosystems rather than closed ones. Open ecosystems (at least in the beginning) will be bigger than closed economies until the industry matures.

“In gaming, a closed ecosystem would just be web2 today where players do not have true ownership. Web3 presents an opportunity for true player ownership,” shared Zhuoxun Yin, Magic Eden’s Chief Operating Officer.

Furthermore, reliance on established chains means that companies in the gaming sector can focus on their gameplay. One major unanswered question remains around audience conversion: how do web2 companies grow and connect with a native web3 audience?

In many ways, the Asian gaming industry is ahead of the curve compared to the West. South Korea introduced 5G when some countries were still on 3G. And we all know you need high-speed internet to really play online games. The shared consensus is that they’re at least 12 months ahead of the West. Since games take a lot of time to develop (traditional AAA studios take 2 - 5 years to develop a game), this is a significant factor as to why they may pioneer web3 gaming. They also have a proven track record, having pioneered the free-to-play and online gaming market we’re accustomed to. One such free-to-play game is MapleStory, developed by Korean game developer Wizet and published by Nexon. In 2006, Nexon announced that MapleStory had a total of 39 million user accounts worldwide. As of 2020, it reached over 180 million users worldwide. “Infrastructure in the Korean market, such as readily available high-speed internet and numerous game dev studios, has made them leaders in the online genre. Recently, the focus has shifted to mobile games with global impact. Think PUBG and Lost Ark,” shared Yoonsup Choi, a key member of our Eden Games team. Conversations with some of the biggest game developers — Nexon, Netmarble, Com2uS, and Kakao Games — shows that they’re ready to dive in.

“If they’re able to ship titles at similar quality to what they’ve done in the past, it will fill the gap of games in web3,” said Yoon.

Keep an eye on K-pop

K-pop is a huge industry bringing in over $10B for South Korea. Within 24 hours of releasing ‘Dynamite’, BTS broke YouTube records with over 101.1B views. Their song ‘Butter’ broke Dynamite’s record. The three major entertainment groups in South Korea dubbed the “Big 3” — SM, YG, and, JYP — generated revenue of $532 million, $248 million, and $109 million in 2018, respectively. There’s a growing interest in NFTs as a tool to connect with fans more deeply, but it’s very early. As with crypto, NFTs do not have the best rap. Many wonder if it’s a ponzi or a scam. Several k-pop artists have ventured into NFTs, but it didn’t attract the success they thought it would. Announcements of an NFT release (i.e BTS) were met with backlash from fans. Given how image-conscious K-pop is, entertainment groups are cautious but curious about the potential of NFTs as a tool for connection and community. Interestingly, there’s an interest in metaverses. However, there’s a gap on how to fully utilize it, so we don’t foresee concerts in the metaverse soon.

Korean culture and tech have taken the world by storm. We believe that it's only a matter of time before South Korea’s influence extends to web3.