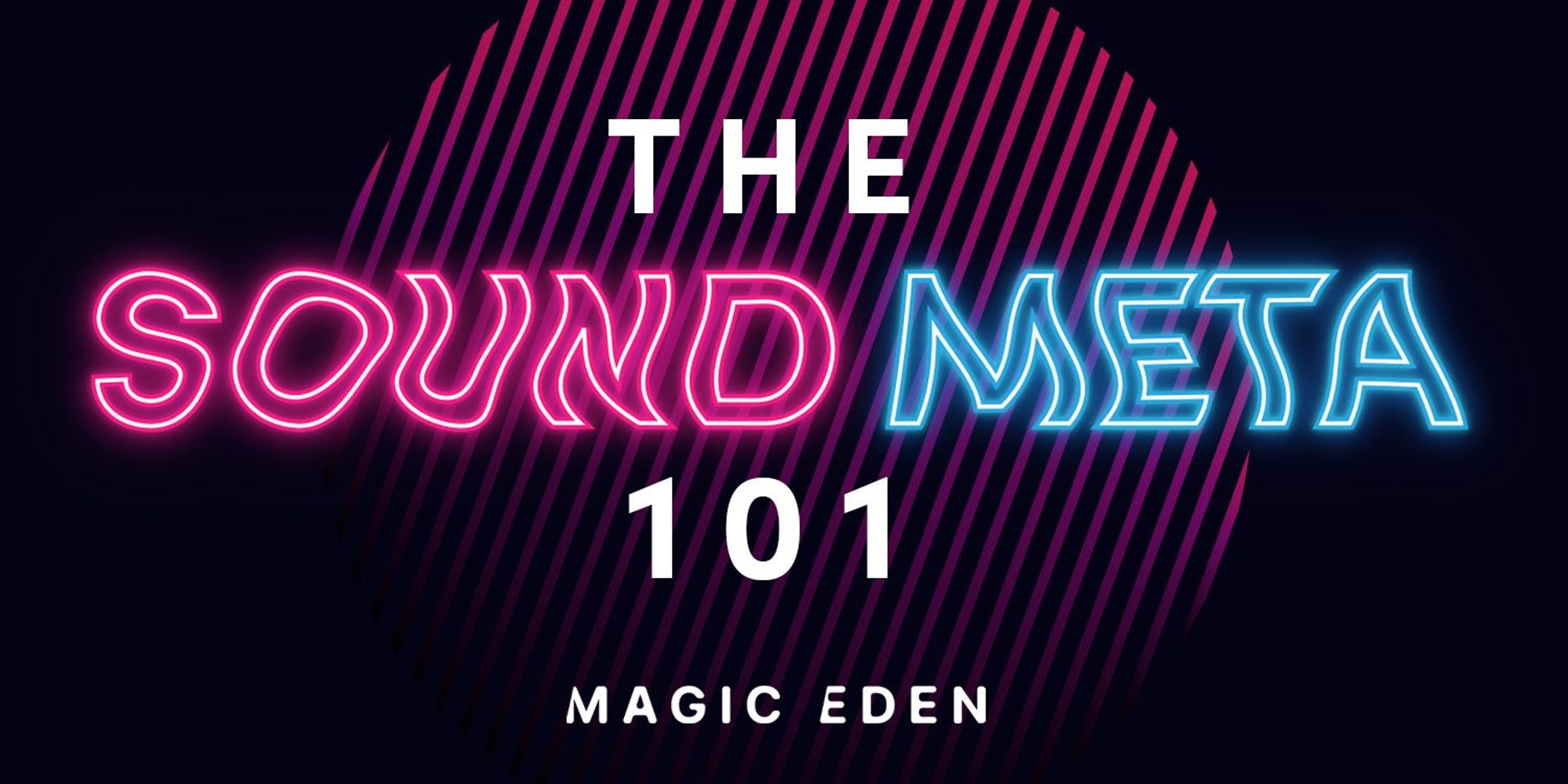 The NFT space goes through extraordinary change. As old narratives die, new ones emerge. Traditionally, there has been an emphasis on betting on founding teams and roadmaps. The current meta has shifted to a free-to-mint, meme-esque narrative. But, out of this common theme we’re seeing a micro-meta evolve: the sound meta.

What is the sound meta?

With the use of vernacular and dialect language to drive a narrative, the sound meta provides a low barrier to enter and participate in a community. It’s quick to understand, allowing many to easily jump on the bandwagon and get involved.

Don’t underestimate the power that these collective sounds have. It’s becoming evident that they can be a powerful ‘tool’ to foster community and build a safe haven amongst like-minded folk. Think of these sounds as a form of social signals and communication that is shared amongst community members to elicit a common reaction.

It is human nature to want to be involved and not be ostracized. We all want to be accepted and included. Successful implementation of memetic propagation methods can influence human behavior and convince them to do something. An example of this and the sound meta is best explained by its origin, Goblintown.

Through Pidgins and Creoles, Goblintown has created and consistently used a specialized language that is only understood by their community. Generally speaking, pidgins form in the context of a multicultural population and with the internet reaching all corners of the world, goblinspeak resonated.

Goblintown is an Ethereum-based CC0 NFT (holders hold certain intellectual property rights) that has taken CT by storm. During their Twitter spaces, the team “remains in character” making strange goblin noises throughout the entire duration of their AMA. Immediately, Twitter was full of people making goblin sounds. As it spread like wildfire, everyone was talking about it. Its unique, ugly art style further adds to the environment as it helps holders ‘get into character’.

Coordinating 1,000 people to do literally anything is a very arduous task. Many Web2 businesses who attempt to coordinate behavior with smoke and mirrors often meet little success. Recent events in Web3 indicate that all it takes is something fun with intrinsic and rapid propagation to invite people’s natural involvement. Add in intelligent cultural actors such as  influencers with cult-like followings and the meta attracts and draws attention from a wider audience, which ultimately provides increased exposure and visibility.

Since launch, Goblintown experienced incredible trading volume as rumors circulated that it was linked to Yuga Labs. The rumor was later found to be false. But, the floor price is well over 4ETH on OpenSea (or for all you SOL degens, ~177 SOL).

Goblintown was founded by an anonymous team. It had no roadmap, which meant that there was no pressure placed on the team's ability to execute. Roadmaps are nice to have, but they shouldn’t be taken as an indication of guaranteed success since many projects with roadmaps have yet to materialize on their promises. Even fulfilled roadmap milestones can be met with an underwhelming response from the community. Instead, Goblintown focused its attention on vital areas in the current NFT market climate. These areas include storytelling, lore, and fun, all of which have certainly contributed to its success.

“EeeeEeeeeeeEEEeeeeeeEEeeee'' goes the Fantastic Flippers, the NFT project that extended the sound meta to Solana. The Fantastic Flippers was a free mint project, created by Fxnction and his team in response to the moment. As a successful trader himself, Fxnction illustrates how vital it is to be receptive to market events in order to respond to its evolving direction.

“Fantastic Flippers went from being an idea to minting in just 24 hours”. Each trait is hand-drawn by Fxnction himself. For the team, it's a random giant experiment, going back to the roots of why we love NFTs: it’s fun! The almost non-existent royalties of 1.33% testify to this (royalties tend to range from 5-10%).

With no roadmap, the purpose of Fantastic Flippers is unfolding in the making. Fantastic Flippers came out of a desire for fun between friends who saw an opportunity and responded to the market's momentum. It is crucial to always stay ahead of the curve. For NFT traders, use this knowledge to look for the next creators, founders and teams that are using new and innovative methods to build their project and tell their stories.

Whilst it may seem strange to utilize silly sounds, this unconventional method is a very clever form of guerrilla marketing that has proven to drive eyes to a project.