Which Type of NFT Mint Should Creators Use?

Successful, sold-out mints can come in many ways. We explore some of the most popular minting approaches and their advantages. 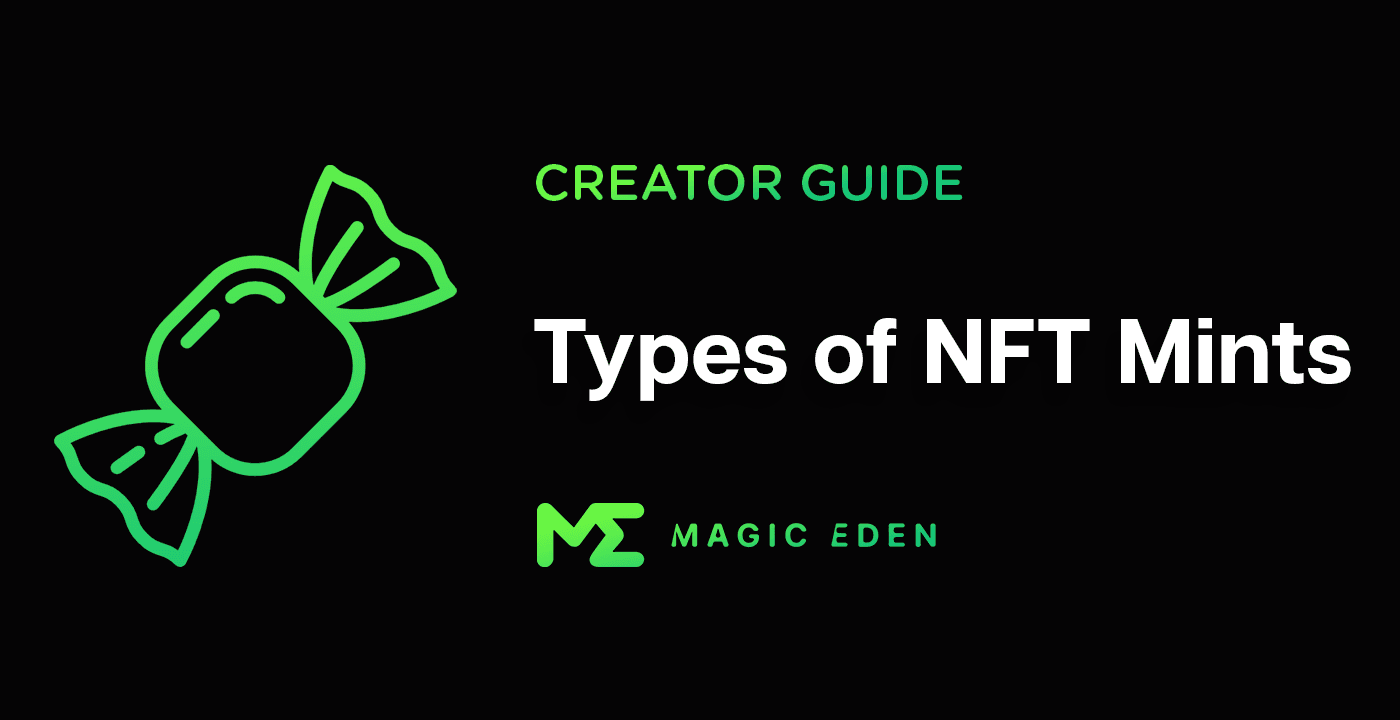 Successful, sold-out NFT mints can come in many ways. For first time NFT collections and creators, it’s important to carefully consider what is best for your NFT project and feasible to execute, to ensure your project gets off to a strong start. Without a smooth mint, negative sentiment and FUD will almost certainly creep up if NFT collectors have concerns around mint fairness or execution. With more first time NFT users coming to Solana, the minting experience should be user-friendly to get them on NFTs (we're all for onboarding!)

Whether you're minting through an NFT platform, like Magic Eden, or on your own, here are some of the most common NFT minting approaches and their advantages to NFT collections:

Generally, a stealth mint approach releases the minting smart contract at the time of or shortly before the NFT mint goes “live” to the public. Some projects may claim to be “stealth” while using it as a marketing tactic to lead to the launch itself. Marketing a stealth mint is counter-intuitive as a stealth launch should fly under the radar all the way up to the public release for open-minting.

Stealth mints are utilized to prevent bots from having access to the smart contract and mint link ahead of the drop time to make tampering more difficult. It also promotes fairness and ensures equal opportunity for all those in the community interested in minting as a project is less susceptible to individuals deploying bots to “mass-mint” rather than allowing a fair launch!

Most of the time, stealth mints are discovered by individual, DAOs or groups of NFT collectors on Twitter. Usually, stealth mints will target the attention of well-known players with the hopes of getting their attention and thinking that they may pass it along to their followers.

To share a stealth mint: Reach out to key players on social media through DMs and give a quick rocket pitch. Once discovered on Twitter, the focus shifts to Discord where word of mouth discussions and mass invites occur in large quantities in the 24 hours leading up to mint. Friends in other Discord servers will often share the stealth mint’s Discord with one another which quickly attracts many new eyes in a short period of time. Therefore, your project’s Discord should have more detailed information.

A standard mint is a pre-announced mint, whereby the mint address and information are made public ahead of the mint time. These were common in the early days of Solana but with Solana’s increased popularity and entry of nefarious players, standard mints are less common.

Standard mint advantages: It allows people to “audit” or look at the smart contract before your NFT mint to verify the legitimacy of the team and collection. It may be easier to build trust. It also allows your project to effectively market your NFT collection and ensure that you have your desired target audience and community size before going through with the launch. A stealth mint, in comparison, can be a bit more risky with these elements.

The only cost to free mints on Solana are the transaction fees. Initially popularized on the Ethereum blockchain due to high gas fees (ETH gas fees easily surpasses the value of minting NFTs), free mints were an inexpensive way for creators to get their project into the hands of NFT collectors. This proved to be a great way to create awareness, launch a derivative project or capture secondary market fees, because everyone loves free stuff!

Free mints are somewhat less common in today’s Solana environment for a variety of reasons. Primarily due to inexpensive transaction fees, the primary obstacle they were looking to evade is moot. Not to mention, creators invest big into their NFT projects and would want to at least cover costs.

Is a free mint for you? Consider it if you're a first time NFT creator or you don’t have a strong social media following and want to entice individuals to explore your NFT collection. You could also use a tiered pricing model. For example, the first 100 mints are free and then there’s a mint price for the rest. Although you may be the real deal and not a scam, a golden rule is to use a burner wallet when it comes to minting NFTs, so advise your community accordingly.